To share the enriching stories of one of the world’s most exceptional single malt whiskies, The Singleton has created a multi-sensory and art-driven pop-up “The Singleton Gallery” for all to experience its journey of creation up close — from humble barley grains to the liquid that runs through copper stills, aged in oak barrels to achieve the final amber liquid in every bottle.

During the pop-up period, visitors who purchase any Singleton whisky at the venue can enjoy one of three special The Singleton cocktails at K11 MUSEA’s Artisan Lounge, whipped up by renowned mixologist Tony Leung.

Pre-register and book a time slot for your visit now! Hong Kong gets its very first temple dedicated to the world’s most popular toy building bricks, LEGO®, with the LEGO® Discovery Centre newly opened this March at K11 MUSEA. We break down some fun facts and key attractions that the city’s own keen builders are sure to look forward to.

Did you know the first LEGO® block was made from wood in 1932? Danish carpenter Ole Kirk Kristiansen came up with the word “LEGO®“ after the contracted Danish phrase leg godt, meaning “play well”. As machinery and plastics became readily available, the company’s iconic interlocking toy brick system was born, and LEGO® has since become the building blocks to bring imaginations to life.

Now standing on the world stage, the LEGO® brand not only offers its iconic toys, but also boardgames, films, video games, retail stores, and theme parks — including 27 LEGOLAND Discovery Centres all around the world, and with the latest opening at K11 MUSEA this March. Expect 10 exciting LEGO attractions at LEGOLAND ® Discovery Centre Hong Kong and look forward to a day of fun with the whole family

Taking a team of 46 LEGO Builders, 9 LEGO Designers, 4 Technicians and over 7,150 hours, MINILAND® is the first-of-its-kind miniature LEGO® replica of Hong Kong’s famous landmarks and streetways, including the Peak Tram, Star Ferry Central Pier, Temple Street and K11 MUSEA itself! The must-see attraction is worth spending time browsing as you spot all the intricate details.

For adventure seekers, the ride attraction Kingdom Quest is where you can embark on a mission to rescue a captured princess by defeating enemies along the way. You won’t want to miss Merlin’s Apprentice, either: a thrill ride where you can pedal your way to becoming the strongest wizard. Those who want to be floored by sights and sounds will want to check out the LEGO ® 4D Studio, as the 3D film transitions into a full-fledged 4D adventure — complete with rain, wind, and even snow, all under K11 MUSEA’s roof!

Testing your creativity (and the laws of physics) at the Master Build Classroom, LEGO ® Creative Workshop and Build & Test stations — particularly if you love to test the speed and durability of your race car creations.

And of course, who can forget the LEGO® Cafe, best reserved for a relaxing pitstop between all the exciting attractions, and the Gift Shop, featuring exclusive products only available at K11 MUSEA!

Rest assured, as the ultimate indoor kid’s playground, LEGOLAND® Discovery Centre is well-equipped with the sanitation and crowd control measures for the current situation, so parents and kids alike can play to their heart’s content with peace of mind.

Grab your tickets now and join us at LEGOLAND® Discovery Centre for a full day of LEGO® building fun! Experience dreamy childhood déjà vu as you trace the old flavours of Hong Kong in an ice cream pavilion designed by award-winning interior designer Joyce Wang. A reimagination of Hong Kong amusement parks from decades past, this harbourfront pavilion celebrates the materiality of green terrazzo — a medium used liberally in the city’s public and leisure architecture. Let the exclusive ice cream sandwich treats by Cookie DPT add a touch of sweet nostalgia to your waterfront journey!

Mix and match your desired cookie and ice cream filling and toppings, from the following exclusive flavours: 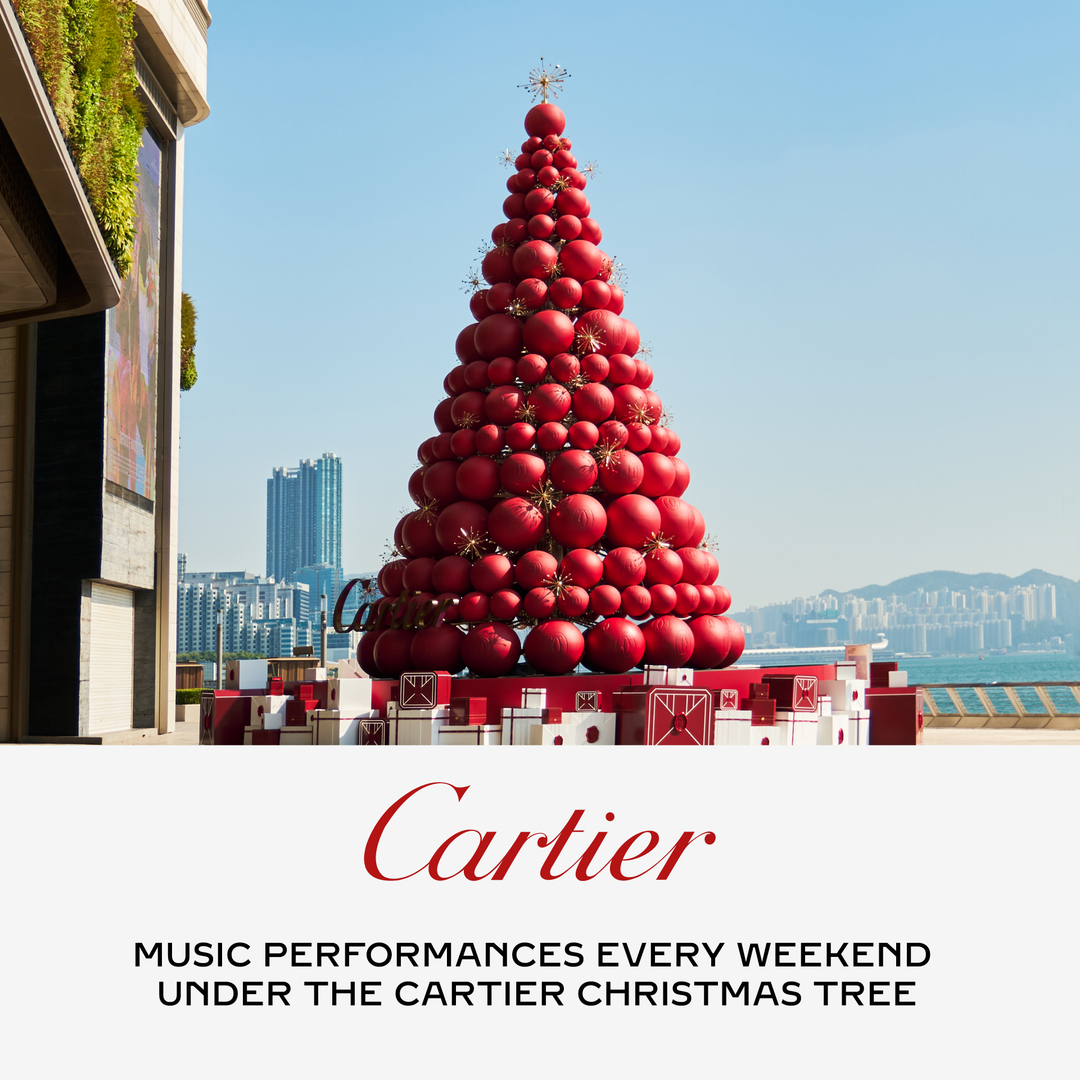 Start your Christmas celebrations with a visit to the tallest Cartier Christmas Tree in Hong Kong!

This holiday season, under the shimmering red and gold of the awe-inspiring 13-metre-tall Cartier Christmas Tree, marvel at an exclusive programme of homegrown talents and musical performances ringing across K11 MUSEA’s Promenade!

Taking the stage every weekend leading up to Christmas, see highly anticipated guest performers serenade audiences with their enchanting songs to welcome the festive spirit. Snap a photo with Cartier’s iconic bellboys, as they make an appearance alongside carolling acapella groups and performing bands.

Make your Christmas wish under the dazzling Cartier Christmas Tree and celebrate with a slew of exciting performances that will make this Christmas the most memorable one. Founded by the artist 2005, the creation of JAY AHR was propelled by Riss’ philosophy to push the boundaries of design and craftsmanship while being environmentally responsible and culturally aware. To that end, the designer endeavours to give well-loved luxury bags a second life by recrafting and embedding his own brand of artistry into the well-worn items.

From Hermès Kelly, Birkin, and Constance handbags dating back to 1954 (all authenticated) to Chanel Classic Flap, Louis Vuitton Keepall and more, Riss’ works are inspired by the bags' storied provenances, which comes to life in each of their transformed, hand-embroidered bodies, each telling their unique stories.

Riss’s creations have reached star status, thanks to the likes of celebrities such as Kylie Jenner and Khloe Kardashian each sporting a JAY AHR creation in their collection. Visit K11 MUSEA now to see these one-of-a-kind creations at the JAY AHR pop-up now!